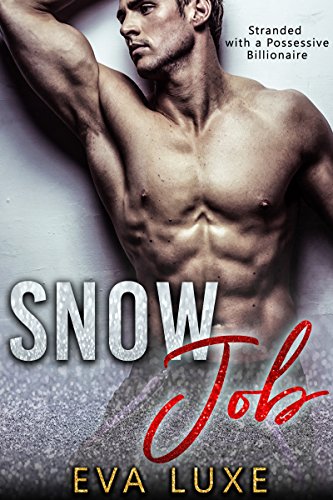 Stranded with a Possessive Billionaire Romance

I'm stranded in an isolated cabin with a possessive billionaire. He has some very demanding ways to pass the time.

My new, older boss is super handsome and filthy rich.
We’re on a business trip when a blizzard causes an emergency landing.
Now we’re snowed in, and his private jet isn’t the only thing going down.
He wants to keep me locked up in a cabin in the woods.
So he can own me, claim me and dominate me while we’re here.
Then, we’ll return to the real world.
I’ll keep working for him so I can take care of my son.
And he’ll keep making his billions and raising his daughter.
I’m just his temporary plaything and I can’t fall for him.

But while he’s having his way with my body,
what if I steal his heart?

Snow Job is a full length standalone romance novel. It features a dominant alpha male and the feisty, curvy lady who wins his heart, plus plenty of steam to keep you warm this holiday season. It has no cheating, no cliffhangers and a happily ever after.

My store has moved to Sizzlinghotreads.com. Use promocode NEWSITE TO SAVE 20% OFF Your Order.